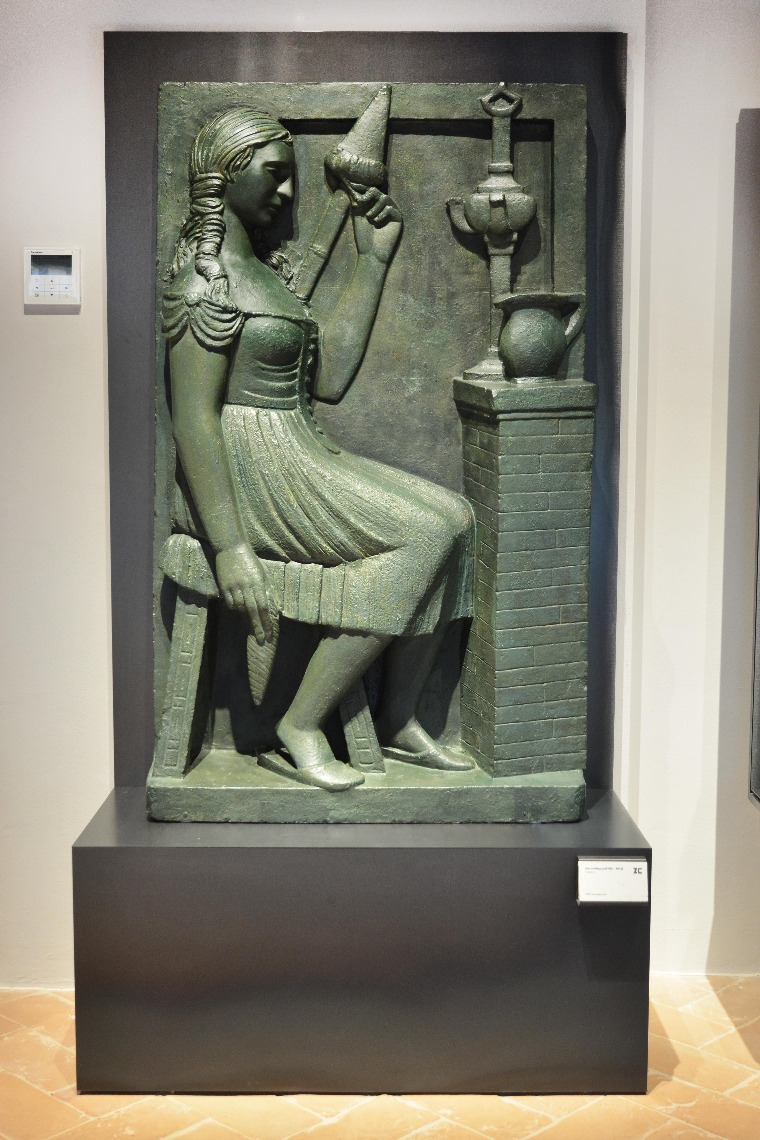 The "Weaver" by Quirino Ruggeri at Rovereto's MART

One of the artwork pieces from the collection within Zona Conce Cultural Complex will be on display at Rovereto's MART (Museum of Contemporary Art of Trento and Rovereto), from December 6th to March 19th. The statue will be part of the exposition "Giotto and the Twentieth Century", conceived by Vittorio Sgarbi and curated by Alessandra Tiddia.

The "Spinner" by Quirino Ruggeri, made around 1930 in plaster, constitutes the "pendant", or a harmonious and symmetrical correspondence, of the work "The Weaver" by the same artist. "The Carifac Foundation is honored to grant a work from our collection to M.A.R.T. and above all to an event of such artistic and cultural value - points out Dennis Luigi Censi, President of the Carifac Foundation - an event that inevitably reminds us of another exposition organized by our Foundation with Vittorio Sgarbi: from Giotto to Gentile, painting and sculpure in Fabriano in the XIII and XIV century. MART deserves our appreciation for promoting the knowledge of Italy's huge cultural heritage".

The "Spinner" depicts a youg woman in the act of spinning. The author, Quirino Ruggeri, was born in Albacina (Fabriano) in 1883 and died in Rome in 1955; after emigrating to America, he came back to Italy where he worked as a tailor. He devoted himself to sculpture starting in 1920. His debut was at Rome's Biennale in 1921. Ruggeri's work now regains strength within an extensive exhibition project, which focuses on the reception of Giotto's painting in the context of figurative culture of the Twentieth century. Over 200 works by modern and contemporary artists are on display at MART, inspired by the art of Giotto, the master who revolutionized medieval painting. The Museum will be home to artwork by reknown artists such as Giorgio Morandi, Carlo Carrà, Gino Severini, Mario Sironi and Lucio Fontana.